Even if your shipment is late by one minute,

you and your business are entitled to a complete refund.

One of the biggest holidays in the entire year is Christmas. This beloved holiday marks the time of year when you spend time with your friends and family and exchange gifts. Brick and mortar and online stores hit record sales this time of year as everybody scrambles to find the perfect gifts for their loved ones. Each year it seems that people begin shopping for Christmas as early as September. In fact, you might even see some department stores hanging their Christmas decorations before the temperatures have dropped.

Over the past few years, shoppers have opted to avoid crowded parking lots and shopping malls in favor of shopping online. With online sales increasing, more packages are shipped at once, creating chaos in the shipping world. With so many shipments made in such a short period of time, some of your deliveries may not have arrived in a timely manner. Parcel Savior conducts shipping audits for businesses so that they can receive refunds for any late shipments without having to fill out any monotonous paperwork or forms. Let’s take a look at online holiday sales for 2016: 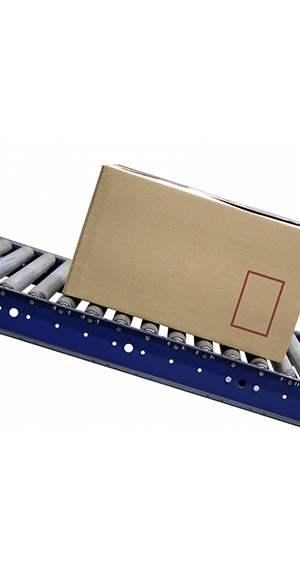 In the past, the Friday after Thanksgiving marked the day when retail stores such as Target, Wal-Mart, Best Buy, and department stores held huge sales. You might have even seen film footage of crazy stampedes of people flooding Wal-Mart as soon as they opened their doors for Black Friday, which was a nightmare. For those of us with an aversion to crowds, Black Friday was our worst nightmare.

However, with the rise of the internet, we can now conduct all of our shopping online and never set foot inside of a crowded supercenter. According to Fortune, about ten million more Americans chose to shop online for Black Friday instead of in stores. If you think about it, ten million people shopped online, but they probably bought more than one item and they could have shopped at multiple sites. Can you imagine how many shipments were made during this time period alone? If your business’ deliveries were delayed due to increased shipping demands, your business was eligible for refunds for all late deliveries

Why Use Parcel Savior

E Commerce sales reached record highs this year for Christmas gifts, and the CPA Practice Advisor stated that over 50 percent of consumers shopped online this year. By signing up with Parcel Savior, our parcel audit customers were able to receive refunds for all shipments that they made that were even one minute late.

Signing up for our shipping audit services is super easy and it only takes a few minutes of your time. The first step is to fill out a form to create an account and authorize Parcel Savior to track your shipments. Once we are able to track your shipments, we determine which shipments are late. We then file a claim with FedEx or UPS for late shipments, and your credits show up on your next bill. The best part is that we do not charge monthly fees; we simply take half of your shipping refunds, so you have no setup fees, monthly fees, or cancellation fees. Sign up for Parcel Savior today to begin receiving the money owed to you with no hassle involved!

Drop your email here and we'll be in touch to answer your questions!